Pros and Cons for Early Admission to College

Congratulations! You just received your letter – you’re in!

More and more colleges are issuing what are called early decision – a promise of a slot, provided certain criteria are met.

(Here is the Wikipedia definition of early decision: “…a common early admission policy used in college admissions in the United States for admitting freshmen to undergraduate programs. It is used to indicate to the University or College that the candidate considers that institution to be his or her top choice.”)

These are often tactics to avoid slacking and/or senioritis – colleges want their students coming in on the same track that led to acceptance in the first place.

Not to mention, if you slack off your senior year, that could hurt the college’s ratings in lists that use student excellence as a grading tool.That is leading many colleges too early admission – which often means a GPA requirement. University of California schools, for instance, demand at least a 3.0 GPA throughout senior year, with no Ds or Fs.

Still, other schools are requiring that certain prerequisite courses are passed before college begins. This is especially common for students entering with majors already chosen, or going into a special track within a university (like pre-med, or even history).

Still other schools – like Clemson – are encouraging juniors to send in SAT scores and essays and then offering early admission – provided the GPA you then submit is satisfactory.

What does all this mean for a high school senior? Sometimes an extra bit of danger.

How Early Admissions Can Backfire

This is obvious, but bears stating: Early admission can be rescinded!

But that’s not the worst of it. If you make plans on an early admission that you subsequently lose, you could find yourself in one of the worst positions possible.

Most notices of rescinded admissions occur in July or August the summer before school starts. In other words, after acceptance deadlines for your other schools have passed.

Should you lose your spot, not only will you not be attending your top choice – every other choice will have disappeared as well! You can try to finagle a spot somewhere, but your options could be very limited at this point.

That’s why, if you decide you want to go to a school that practices early decision, make sure you don’t slack off with your grades and performance. Know what the requirements are and ensure that you meet them.

Of course, schools will make allowances for extenuating circumstances. If you suffer a prolonged illness or a death in the family, you’ll likely get a pass – or at least an opportunity to make up the work.

But anything short of a major catastrophe, and you could be out of luck. The lesson is simple: If you’re early admissions, take that very seriously. You still have to earn your place. 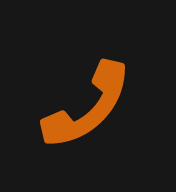